DTY network yarn: the network yarn refers to the filament in the network nozzle, the filaments are intertwined with each other through the action of the jet airflow to form a periodic network point. Network processing is mostly used for the processing of POY, FDY and DTY. The low-elastic network yarn produced by the combination of network technology and DTY technology not only has the bulkiness and good elasticity of the textured yarn, but also has many periodicity and network points, which improves the filament The compactness saves several processes in textile processing and improves the ability of the tow to pass through the water jet loom.

POY and FDY: The spinning speed of high-speed spinning is 3000～6000m/min, and the winding yarn with spinning speed below 4000m/min has a higher degree of orientation. It is pre-oriented yarn, commonly known as POY (pre-or ien ted ya rn). If the stretching effect is introduced in the spinning process, a wound yarn with high orientation and medium crystallinity can be obtained, which is a fully drawn yarn, commonly known as FDY (fu lly d raw ya rn).

DT: Stretched twisted yarn is called DT (D raw Tw is t). Take POY as the raw yarn by drafting and twisting machine, drawing mainly and giving a small amount of twist to get DT.  100D/36F, 150D/36F, 50D/18F, etc. These are the expression methods of fiber specifications. The data above the oblique line indicates the fiber denier, D is the fiber denier unit, that is, in the standard state, it is measured at 9000 meters
The gram weight of the long fiber is expressed, such as 100 gram weight is 100 denier (100D); the data below the slash indicates the number of holes in the spinneret during spinning, and also the number of single filaments of the yarn of this specification, for example 36F means that the spinneret used in spinning has 36 holes, that is, the fiber has 36 monofilaments.

Scan the QR code to read on your phone

We sincerely provide you with professional and high quality service!

Please give us a message 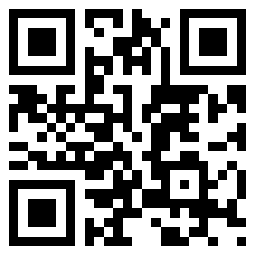